I was listening to the radio the other day, a rock station 104.3 from New York, whenever I listen to that station I hear something that takes me back to my youth.  I grew up in New Jersey with two brothers in the 80’s, so you can imagine how much I heard the band Van Halen.  Never a huge fan, I found myself more open to their music once I heard the song Right Now – more importantly once I saw the video on MTV. It was like no other video I had seen before and it really struck a chord with me. At that time it was *disruptive* and it turned me into a fan instantly.  I started to enjoy, instead of tolerate, all  of their music. What attracted me was that it stood out among all of the other videos that were on the air at the time – mostly videos of bands rocking-out on stage.  This video was different; it connected with its viewers emotionally, just like the best brands do.

As a marketer, I believe in companies and people reinventing themselves…transforming themselves; the best brands and bands know just how to do that. The DJ playing that song the other day suggested to his listeners to watch the video again.  I did, and was not disappointed. I recommend you do too, it is worth the 4 minutes and most of the messages are timeless.

Become a better marketer. Use our free resources to help you organize and amplify your marketing programs. 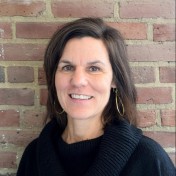 Strategic to the core, Jennifer Garcia knows how to seize opportunity from every angle. Her extensive marketing experience fuels her ability to rouse the best talents from the world’s most brilliant brand thinkers, leaders and communicators—helping her to achieve extraordinary results. Catalyzing transformations for major players like Microsoft, NCR, SunTrust Bank, Nokia and Hilton Hotels, Jennifer helped develop and manage programs that won the Nokia Global Sales & Marketing Excellence Award and Microsoft Partner Award for Marketing Excellence.

Become a better marketer with these free resources from Red Bamboo:

Want to grow your brand—but you’re not sure where to start? Contact us today for a free consultation.
Talk to Us