It’s been three days since your latest social campaign went live, and you can’t stop hitting the refresh button in your browser. No new notifications. No engagement. And only three likes to show for your efforts. Three likes! And that’s despite having thousands of followers for your page.

What could have gone wrong? The content was original, thoughtful and completely unique—so clever you smirk each time you read it. And the design? Nailed it. Yet still, you only racked up three measly likes. You go back to the drawing board—because let’s face it—it’s embarrassing and you can’t stand the disappointment.

Maybe one last refresh…just in case.

If you’ve ever found yourself in this scenario, you’re not alone. Many brands, both big and small, struggle to succeed in the social world despite top-notch content delivery to sizable followings.

Why Brands Fail at Social

Let’s explore an example of social failure in its natural habitat. Take a look at this Facebook post from networking giant, Cisco. It features an interesting topic (for nerds), beautiful artwork, and is synced up with the popular Mobile World Congress (#MCW) hashtag. With a Facebook following of over 763-thousand fans, you’d think this post would draw in a decent response for the brand.

The result? Only 46 likes, 1 share, and 1 dreadfully spammy comment. If we add up this engagement and divide it by total followers, this post scores an engagement rate of 0.006%. And while I may not be privy to Cisco’s social strategy, I can confidently say those are not the results they were hoping for.

Unfortunately, major brands aren’t the only ones to suffer. Just scroll through your own social networks and look at the barrage of “quality” content that falls flat on its face.

The Issue of Intent

So what’s the problem? Why does high quality content generate such little buzz? And how did that old meme beat out your new blog post? More often than not, the problem lies with intent.

People react to content in different ways based on their current situation. That’s why telling a dirty joke at a party will might get you knee-slapping laughs, but telling the same joke at work might get you fired. When you misjudge the intent of your audience, expect for a less than stellar response.

Audiences bring a specific intent when browsing each of their social networks, and a one-size fits all approach won’t cut it. Right now, I use Facebook when I’m bored, LinkedIn for passive learning, and twitter for actively finding content. That’s why I’ll skip over your white paper in my Facebook newsfeed, but might check it out while at work on LinkedIn.

There’s no magic eight ball for predicting what will and won’t be successful on social media. Anyone that claims to know how to hit a homerun with every post instantly triggers a red flag for me.

But that doesn’t mean there aren’t ways to manage your social strategy and significantly improve your chances of success. Here are a few tips I would recommend:

I hope these insights help you understand the intent of your audience and create meaningful posts in response.

Become a better marketer. Use our free resources to help you organize and amplify your marketing programs. 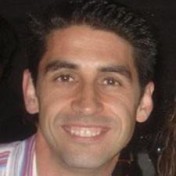 Become a better marketer with these free resources from Red Bamboo:

Want to grow your brand—but you’re not sure where to start? Contact us today for a free consultation.
Talk to Us